I had no dreams before I went to prison 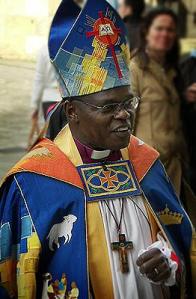 This week the Anglican Archbishop of York John Sentamu spoke out on prison conditions in the UK. The part that made headlines was when he criticised how some offenders are rewarded in jail by being provided with computer games or cable TV. “Sentamu wants tougher prisons.”

He did say that. And also that criminals should not make excuses for their crimes by blaming their background, poverty, drink or drugs. He wants them to take responsibility what the havoc they have wreaked.

Fair enough. But he also called for more education in prisons, the jailing of fewer women and lesser criminals, and greater use of ‘restorative’ justice. 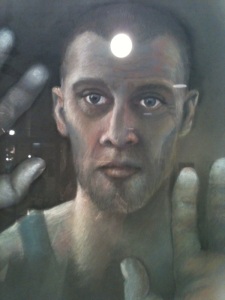 I'm kicking myself, I can't remember the title of this one. Sorry about the reflection on the image too.

Today I saw some results of education in prison at the annual Koestler Trust Art by Offenders exhibition. The Trust tries to build prisoners’ self-confidence and open new horizons for them by motivating them to take part in the arts – painting, sculpture, writing or poetry. They also work with special hospital patients and immigration detainees.

A statement from one young woman prisoner stuck in my mind. She said something like this:

I had no dreams before I went to prison, but then I discovered that I could write. That’s what I want to do now – be a writer.

How sad that it took being locked up for her to realise this talent. It’s not the first time I’ve encountered this though. My friend Dean Stalham discovered his talent for visual art and writing plays while inside. He now runs the Art Saves Lives scheme and the new Hot Tap Theatre which attracts serious actors to his productions. 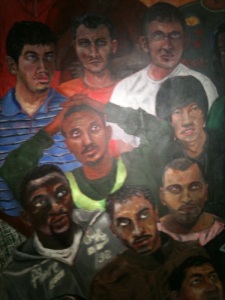 Diversity of Hope (detail) - The artist was in an immigrant detention centre.

So here are a couple of examples from the current exhibition. (Apologies for the poor reproductions.) The volunteer curators for this year’s exhibition have all had their lives changed by crime. The offences committed against them or their families include domestic violence and murder. So that’s an interesting scenario – crime victims helping to showcase criminals. It’s all about rehabilitation and breaking the cycle of reoffending.

I’m including a couple of poems the magazine Not Shut Up that’s full of poetry and prose from prisoners. The current issue includes a good account about the impact of dyslexia by Sparticus and an award-winning funny story called Dating With Disaster by Bill from Lewes (Lewes Prison, I presume). They’re too long to reproduce here though.

I can’t control the anger,

Filling up with rage,

So much hatred and resentment,

I should be locked up in a cage.

I know I should control it,

I know I should be strong,

With a ticking time bomb.

It could go off any second,

Any minute, any hour,

I should go to anger management,

And let them cut the wire.

I like the frankness in Anger Management. There’s no denial there. And in this next one, Heathrow Flight Path: Holloway, it’s the sky as sea image idea that grabbed me – the only ocean visible through a barred window.

I am trapped in London, can no longer see the sea

the sky is now my ocean, the tides move away from me.

No footprints in the sand, just carbon in the sky.

One day I will be free again to smell the salty air,

with sand between my toes and tangles in my hair. 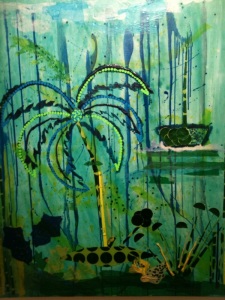 The Koestler Trust Art By Offenders exhibition is on now – until Sunday 3rd October in the basement of the Royal Festival Hall in London.

You can buy many of the exhibits. There’s some good work for sale. I’ve bought there myself in the past. Half the money goes to the artist, the rest is split between the Victim Support charity and the Koestler Trust itself.