Phew! We’re not all doomed after all 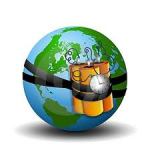 If fear of impending global disaster is seldom far from your mind, you can take a deep breath, let it out… and relaaax. Apparently the population timebomb is a myth.

That’s according to Dominic Lawson and his new buddies, the Institution of Mechanical Engineers, who have brought out a report entitled Population: One Planet, Too Many People? (You can download a copy here.)

Wondering how you missed it? Here’s why, according to Dominic:

The human appetite for bad news knows no bounds. That is why gossip is usually malicious and why, on a grander scale, prophets of doom are always guaranteed a credulous audience. Conversely, good news – however well attested – is generally squeezed in the margins of newspapers.

OK – he may be right. But more importantly, what’s this good news we’re missing?

Well, according to the lead author of that Engineers report, Dr Tim Fox, there are not and never will be too many people for the planet to feed. And that conclusion does not rest on some nebulous belief in future discoveries. According to Dr Tim:  “We can meet the challenge of feeding a planet of 9 billion people through the application of existing technologies”.

For instance, the IME reports says:

In India, between 35% and 40% of fruit and vegetable production is lost each year between the farm and the consumer. This is an amount greater than the entire consumption of the UK, being wasted largely due to poor storage facilities, and inadequate handling between cold chains during transportation and poor management practice.

So with refrigeration and better roads, the food supply could be significantly increased. The corollary in Europe or north America is 25% of fresh food is thrown away after it’s bought.

The Engineers (and I approve of the French approach of elevating the work to the level of profession rather than seeing it as semi-skilled maintenance) identify many challenges. They’re not naive. But they are confident.

As the world moves towards the projected peak of nine billion in 2050, engineers represented by professional bodies such as the Institution of Mechanical Engineers have the knowledge and skills to meet many of challenges that are expected to arise. In addition, these can often be solved using technologies that are either available today or are relatively close to being proven.

There is no need to delay action while waiting for the next greatest technical discovery or breakthrough idea on population control. The development, demonstration and deployment of currently viable technologies should instead be prioritised and accelerated by governments around the world.

I did say they were confident. Maybe a little arrogant too then.

But their suggestion that it’s not the engineering that’s the problem does ring true.

It is evident that the barriers to deploying solutions are not technological. The issue is often one of implementation and in this area action should be taken by society and political leaders at national, regional and local levels.

Ah. I don’t feel quite so optimistic now. All very well having the means. If the will isn’t present, then we could be doomed after all. But hey… There’s bound to be an outbreak of commonsense sometime, isn’t there? Isn’t there…

Spurious pic of the absolutely fabulous Joanna Lumley, friend of the Gurkhas, here as Purdey in the New Avengers.

You can check out the full article by Dominic Lawson, “The population timebomb is a myth” which has some other grounds for optimism, and takes a few swipes at “an increasingly noisy claque of Malthusians who insist that an “exploding” global population (as they put it) is going to lead to disaster – from Boris Johnson to Joanna Lumley, not to mention Jeremy Irons and Prince Charles.”

Neither is Mr Lawson a fan of Paul Ehrlich, 1970s author of The Population Bomb, who forecast that by 2000 even the United States would be enduring mass famine and that there was no better than a 50% chance of anyone remaining alive in Great Britain by then either.

I should point out that not everyone is as heartened by Dominic Lawson’s article as I am. Global Dashboard brands his approach blinkered and the International Planned Parenthood Federation is more pessimistic about the future.

But – I’m not advocating blithe complacency – let’s conserve and recycle and grow our own, etc. But isn’t it comforting to think that the whole shebang might not be going to hell in a handcart quite as quickly as we thought?

Nice to end on a song. Em… timebombs wasn’t it, that we were talking about? You might be enthralled or annoyed by this.

10 responses to “Phew! We’re not all doomed after all”