First pair to appear on British television in bed together?

If he snores, she reads late, he gets up in the night to go to the toilet, or she likes the dog in bed… You can add in your own list of irritating habits. Isn’t it better to sleep apart than resent your partner for sabotaging your rest?

It doesn’t mean you don’t love each other, does it? You can still pay nocturnal visits – like King Maximillian II of Bavaria, who had a secret staircase leading down from his bedroom in Hohenschwangau castle to where his wife Marie of Prussia lay below. (I’ve seen the secret door. His bedroom was comfier and bed bigger – she should have come up instead.)

According to BBC radio presenter Jenni Murray, she and her partner have had separate beds for 22 of their 31 years together.

There is no shortage of intimacy – physical or otherwise – but not at night-time: that’s for peace and tranquility.

She makes the argument in the Guardian newspaper, having realised that sleeping apart was not the beginning of the end, and learning to stretch out and luxuriate in the broader bed expanse that was all hers. 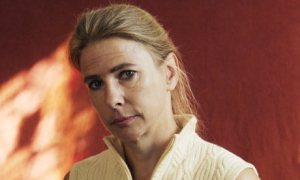 But according to Orange Prize-winning writer Lionel Shriver – Jenni has it all wrong. It’s not just the sleeping together or the “sleeping together”, but the shared time and space and ideas before the light goes off. She writes beautifully about the whole experience.

You switch off the light, and turn on your side. Soon his light goes off as well. The wrapping begins. One knee nestles behind yours. One fine, high arch rests on the ground of your calf. He clasps your hand. His cheek lies on your shoulder. The fit is exact, much like your reading tastes. This, too, is the reason you married, much more so than what you do on more active nights. You are each other’s geometric destiny. You feel at once protected and protecting. It is like holding yourself.

There’s more here. She even deals with snoring. I’m with Lionel on this one.

Your sole motivation for crawling from the sheets is the promise of this same exquisite ritual in 16 hours. You can’t wait.

OK. So not everyone fits together so snugly. “His cheek lies on your shoulder…” could feel like being squashed to someone else. But better to aspire to that wonderful night world of which Lionel says…

The time does not simply vanish. It passes – sumptuous, langurous and think. Sleep is the very opposite of death. Your experience of being and only being is at its most intense.

Though, clearly, you have to keep a good grip on the duvet all the same to make sure your other half doesn’t pull it all over to their side. Gotta be a bit realistic.