Weird weather we’re having at the moment. 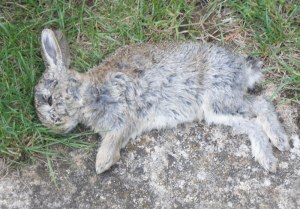 We found this sad specimen in the back garden. (Thanks to Olly for the photo.) It didn’t lollop in and just expire. It didn’t look as though it had been deposited by Indie (Indiana Jones, next door’s cat) or a fox.

Must have been dropped by a red kite. They were reintroduced in our area a few years ago, and are now thriving. Over the past few weeks, one has been circling low over our end of the road, keeping a predatory eyes on us all. 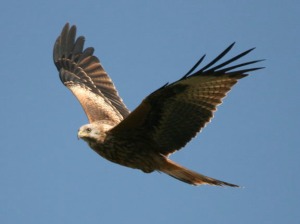 They’re fascinating and thrilling to watch. Maybe the rabbit is part of the performance? Or perhaps it was dropped accidentally.

I don’t fancy having to throw it back up again. Could get tedious if he keeps dropping it on purpose – like throwing a stick for a dog.

Maybe it’s time to break out the umbrellas, for fear of falling bunnies. Newton had it easy. Only apples to contend with.