Here are four new ways of doing things – how hide electricity pylons, how to pay for medicare, how to get building materials up to roof level and – most importantly – how to store beer.

1. Hiding those ugly pylons. Dominic Wilcox at the Variations on Normal  blog has come up with an answer to two difficult questions at once – what to do with landfill? And how to beautify electricity pylons? 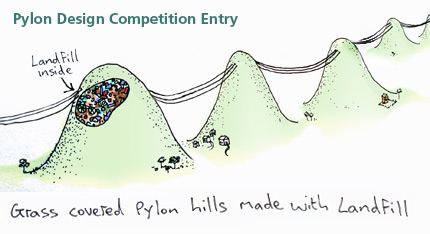 His cheaper alternative is to simply rename pylons, Mini Eiffel Towers and the public will adore them, maybe even pay to go up them. Genius. (His Pre-Handshake Handshake Device is inspired too.)

2. Get the dead to pay for medicare. It’s an idea from Kevin Drum from Mother Jones magazine. He says leave US medicare alone apart from some obvious no-brainer reforms (his words), except get the dead to pay. Like this: 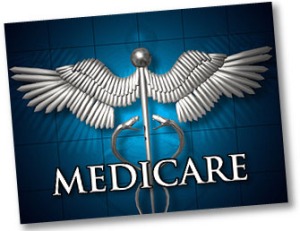 Every time you receive medical care you also get a bill. You don’t have to pay it, though. It’s just there for accounting purposes. When you die, the bill gets paid out of your estate. If your estate is small or nonexistent, you’ve gotten lots of free medical care. If it’s large, you’ll pay for it all. If you’re somewhere in between, you’ll end up paying for part of the care you’ve received.

Obviously this gives people incentives to spend all their money before they die. That’s fine. I suspect they wouldn’t end up spending as much as you’d think. What it does mean, though, is that Medicare has first claim on their estate, not their kids. But that seems fair, doesn’t it?

Do you want to make sure to credit estates with all the Medicare taxes that have been paid over the years? Fine. Do you want to exempt a certain smallish amount to account for genuine family heirlooms? Fine. Do you want to pass laws making sure that estates can’t be transferred to other people or trusts in order to evade this rule? Or regulate the use of reverse mortgages? Or make special rules for heirs who are minors? Fine, fine, and fine. Whatever.

…it wouldn’t impoverish the elderly with means testing while they were living. It would come solely from dead people, who have taken advantage of Medicare while they were alive and have no use for their money after they’re dead. So what’s not to like?

Is he on to something? The full piece is here.

3.Getting those bricks and tiles up to roof level fast… using Indian ingenuity.  I saw this over at Rummuser’s place. The perfect job for motorcyclists who have been banned from the road.

4. Efficient beer bottle stacking inside your fridge. Now this beats everything. 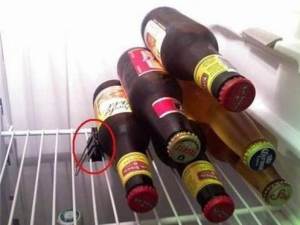 A little tweak in how something is used and the landscape is transformed. I just knew bulldog clips were not being all they could be. This innovation could mean the end of bottle avalanches inside your fridge. Must tell My Treasure – she’s into  redneckery these days.