Is this what being a dog lover is about? 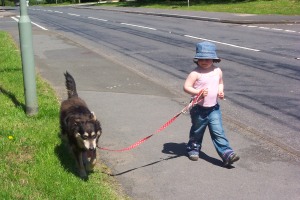 Not sure which end of the lead is in charge.

It’s hard for someone who has a real bond with an animal, especially a dog, to explain the nature and strength of the connection to someone who has never experienced it. Or to convey the sense of loss if the animal dies or is taken away.

But Ninni Holmqvist may have managed it. She’s the Swedish author of The Unit. 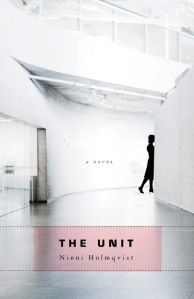 (It’s set in a dystopian future where the women over 50 and men over 60, who are deemed not useful to society are confined in luxury and used for experiments or body parts. Sounds macabre, but isn’t – so far anyway. I’m still reading and enjoying it. So don’t tell me the end if you’re already finished it.)

But back to dogs. The main character has had to give up her dog Jock, and she misses him.

For anyone who has never experienced or set any store by being close to an animal, it is perhaps difficult to understand that you can miss a dog so that it literally hurts. But the relationship with an animal is so much more physical than a relationship with another person. You don’t get to know a dog by asking how he’s feeling or what he’s thinking, but by observing him and getting to know his body language. And all the important things you want to say to him you have to show through actions, attitude, gestures and sounds.

People, on the other hand, can always be reached through talking. A bridge of words grows easily between people, a bridge of information, explanations and assurances. For example, one person can say to another… “I will love you until death do us part,” which is an assurance. But words between people also act as a kind of shock absorber: those in close relationships often choose to talk about something other than the matter that is weighing them down, worrying them or annoying them…

Between Jock and me there was no bridge, no shock absorber. The contact between us was what it was, with no shortcuts, diversions or beltways. We couldn’t talk to each other about our relationship, couldn’t sort out misunderstandings or explain how much we meant to each other. We lived completely separately, because of the conditions imposed by our respective species. But we also lived side by side, body to body, without promises, lies or small talk. And irrespective of whether I thought about him or not, during my early days in the unit [after having to leave him behind] I could feel his coarse coat beneath the palm of my hand, the rapid beating of his heart under the coarseness, his cold nose, his warm tongue against my cheek, the smell of his breath and his fur. I could see and hear him: his brief bark when he caught sight of me and came bounding toward me, his legs wide apart, but his head held elegantly high; his excited snuffles and constantly wagging tail; his panting breath as he ran alongside me, his paws rhythmically rasping against the ground. And in bed at night I could feel his weight on my leg, and when I woke up in the morning I would sit up straightaway, and for a fraction of a second I would imagine I could see his expectant expression meeting my eyes from the foot of the bed. Each one of these sensory perceptions, these phantom emotions surrounding Jock’s presence was immediately followed by the realization thast it bore no relation whatsoever to reality. This realization was always equally brutal, like being struck hard by a fist or stabbed with a knife, and then it turned to a constant nagging ache.

I wonder does any of that ring true to any of you who have loved dogs?

I’ve known some notable canines. There was my mate’s dog Patch who had to keep nipping off south of the Irish border to escape the police in the north. He was some sort of collie-alsatian mix with different coloured eyes – one blue, one green, I think. He was on the run for nipping people.

Then there was the wise patrician Badger – now gone. And the lovely Ralph who lives down the road.

I’ve never had a dog and unlike many people in the UK, I prefer people. Though myself and mutts tend to get on fairly well too.

In the past when people have banged on about how dogs are better than humans, less treacherous, more living, etc – these lyrics from Ewan MacColl‘s 1968 song Nation of Animal Lovers have tended to come to mind.

When Greeks were being tortured then we always held our piece
We used to like to spend our summer holidays in Greece
Cats and ponies, budgies, moths and hairy caterpillars
Lousy Europeans can’t appreciate the pleasure that these little creatures give us
We’re A Nation of Animal Lovers

When there’s rioting in Brixton we’re impressively impassive
But be cruel to a horse and our reaction then is massive
Guinea pigs and painted terrapin, tropical fishes-
Lesser races cannot understand that it would meet with all our wishes
If there were no human beings. 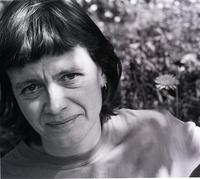 However, having read Ninni Holmqvist’s take on the matter (translated by Marlaine Delargy), I fear I may have rushed to judgment too quickly. For one thing, her description of the wordless communication between dog and human sounds honest and appealing – and that’s speaking as someone who loves to talk and listen.

20 responses to “Is this what being a dog lover is about?”