The Day I Met… Telly Savalas

(Drum roll.) I’m proud to present the first entry in the The Day I Met… competition.

This story comes from Speaking From The Heart– aka holessence – that’s her bloggie identity. She’s also known as Laurie Buchanan and she’s a holistic health practitioner – healer, writer, and motivational speaker – in Illinois, USA.

But what about Telly? Here’s Laurie’s story: The Day I Met Telly Savalas.

My sister and I grew up in southern California. When we were 11 and 10 respectively, my mother thought it would be great fun to take us to Hollywood to drive around to see if we could spot any movie stars. We had a little Corvair (yes, the car that was voted one of the “50 worst cars of all time,” and later pulled off the market), and drove around with high hopes, peering into faces of the passersby.

Out of the blue comes a Rolls Royce with you’ll never guess who driving! Telly Savalas—television’s “Kojak!” And yes, he had the stick-part of a lollipop protruding from his mouth.

We screamed in delight as mom maneuvered our vehicle behind his and we followed in hot pursuit. When we reached his mansion and he drove through the wrought-iron gates that had magically opened for his car, mom continued driving past but was now whispering, “We’ll drive around the block and find a spot to park.”

“But mom, he’s got a solid, six-foot brick wall around his house!”

“Oh, that’ll be no problem,” she assured us.

After parking, we slunk (there’s no other word for it), over to the wall. Julie locked her hands for me to step up into. With the camera that mom had shoved into my hands slung bandito-style over my shoulder I hoisted myself up. My nose was barely over the wall when two sleek Doberman Pinschers came barreling across the huge expanse of yard, lips drawn back from the g-force of their velocity, teeth bared, and spit flying as they barked their heads off announcing the arrival of intruders.

I can’t begin to explain the speed at which we departed – hell on greased wheels! That close encounter only served to fuel my mother’s resolve to meet a celebrity. I won’t even begin to tell you about our “almost meetings” with Victor Mature, Willie Shoemaker (the famous jockey), and Desi Arnez, Jr.

Suffice it to say that while we never spent time behind bars, dad always kept bail money on hand.

Phew! First of all I should retitle this post – The Day I Stalked Telly Savalas and tried to break into his home.

Secondly. Your mother! What a woman. 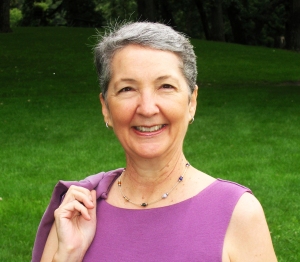 Laurie Buchanan - Speaking from the Heart

Thanks very much to Laurie for getting things off to such a calamitous start. Worse even than my encounter with Frederick Forsyth. I’ve heard Laurie works weekends with US Navy SEALS, teaching them how to assault compounds.

Laurie’s glittering prize is on its way to her. Namely – a copy of Derry writer Brian McGilloway’s Irish crime thriller, Bleed A River Deep. The next entry in the The Day I Met… competition is same place, same day next week – i.e. Wednesday 14th September.  Though of course you can come back here before. Meanwhile, if you want to enter – and who wouldn’t having read Laurie’s story – the details of how to are here. Ah go on.

Filed under Guest Posts, The Day I Met... Competition

31 responses to “The Day I Met… Telly Savalas”