Can you tell what it is yet kids? It’s early days Rolf Harris as you’ve never seen him before. This photo and those below are the work of the late James McDougall, better known for photographing sets and tableaux for the Royal Ballet and Royal Opera House.

James had quite a collection of shots of the timeless Rolf – acting the chimp, clowning around, with his partner, playing the didgeridoo, etc. These are just a selection. I wonder if anyone would be interested in an exhibition? 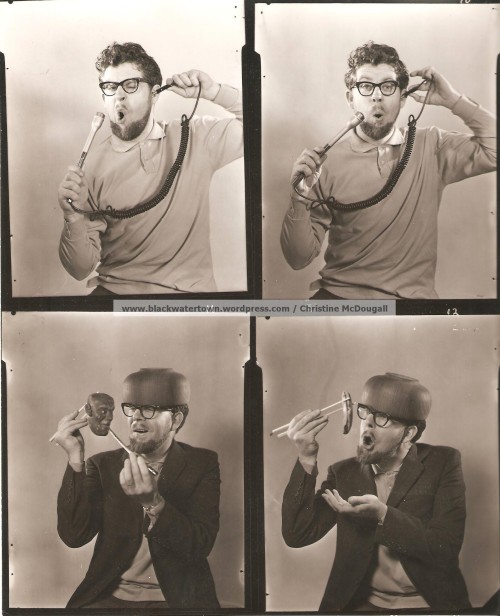 Meanwhile – there’s really no excuse for me adding this at the bottom – but I have done anyway. Please suggest in the comments what you think the chimp is saying.

Filed under art, friends, In the village