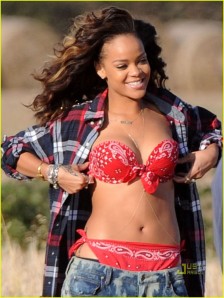 Roll up folks from around the world. Any time you’re looking for somewhere to convey hopelessness, look no farther. We’re trying hard to corner the market in despair.

Good to have a new brand I suppose, now that internecine violence can’t be relied upon to win headlines.

Still… Not to worry. A little adjustment to Rhianna’s lyrics… replace the “h” of hopeless place with a “p”… Now that’s what I call local branding.

Then when I watch the footage of the woman herself out and about in the New Lodge, I wonder if I’m just a curmudgeon after all.

10 responses to “Back handed compliments”