These two faces of London are both trying their best to make the city and the people therein more grounded, more aware and more connected with each other – for which I salute both Christopher West and Emeka Egbuonu.

1. Christopher West brings London’ s history back to life in the persona of Charles Dickens – or perhaps it’s the great man’s ghost. I’ve seen this ghost in action and he’s a lively recreation. And topical given that it would have been Charles Dickens’s 200th birthday today (7th February). The Charles Dickens London blog is here. You can invite him to give a talk – in character and Dickensian outfit – at your gathering. For a sample – check out his appearance in this Voice of America news report by correspondent Dominic Laurie.

My favourite Dickens character? The villain Pecksniff from Martin Chuzzlewit. From Pecksniff we derive Pecksniffian – sanctimonious, hypocritical. (Do you have a favourite – good-hearted or malign?)

And what’s your Dickensian name? To find out take a first name from a great grandparent and add on the name or street name of your primary school (but leave out the “Saint” part to allow variety). Which makes me something along the lines of Charlie Derryvolgie – which has a good ring to it, I think. 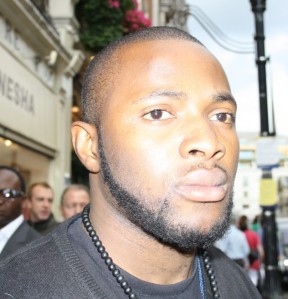 2. Emeka Egbuonu arrived in east London from Nigeria aged seven, and survived the blows and temptations of teenage violence, to become an anti-gang intervention worker. He runs a scheme called  Consequences – Breaking the Negative Cycle which aims to awaken young people to the alternative possibilities their lives can offer once they take responsibility for their actions.

It’s not happy clappy chatting in an ivory tower. Emeka is based at the Crib Youth Project in Hackney and has lost friends – innocent victims to gun crime in London. He was out during the London riots talking people out of looting shops or fighting with the police.  He’s one of the London Mayor’s mentors (though that project seems to be collapsing through poor organisation – come on, sort it out Boris!) and has written an interesting book (I’ve read it) to help other responsible adults in education, the police or youth work intereact constructively with young people at risk of joining gangs.

Emeka was nominated for a couple of London peace prizes. You can read his blog Breaking the Negative Cycle here. There’s a good post about young people and police swapping roles – “trading places” – sometimes uneasy, sometimes with animosity – but worth the effort.

36 responses to “Two faces of London”