Time off = reading. Though to be honest, with me, any time = reading. Including in the shower. (Aah, maybe that was an admission too far. Anyway…)

All this time reading, when I should be WRITING, DAMMIT! But hang on. All is not lost. Stephen King is riding to the rescue of my beaten, bedraggled, often ignored but unbowed writer’s conscience.

In his excellent and useful book ON WRITING – A MEMOIR OF THE CRAFT, Stephen King says this:

If you want to be a writer, you must do two things above all others: read a lot and write a lot. there’s no way round these two things thast I’m aware of, no shortcut.

I’m a slow reader, but I usually get through seventy or eighty books a year, mostly fiction. I don’t read in order to study the craft: I read because I like to read.

Phew! I’m at least halfway to being a writer. And this is what else I’ve been reading in the past fortnight and recommend to you.

ALONE IN BERLIN, first published in 1947 as JEDER STIRBT FUR SICH ALLEIN by Hans Fallada (real name Rudolph Wilhelm Adolf Ditzen). He died the same year. The story is of a couple who, when their son is killed on the Russian front, begin to write and drop postcards attacking Hitler across the city.

Be This Guy: August Friedrich Landmesser, a worker at the Hamburg shipyard Blohm + Voss, refusing in 1936 to make a Nazi salute at a mass party rally. (However, I can now reveal the true story of his so-called heroic gesture. Too stingy to buy deoderant. Underarm sweat stains. Too embarrassed to raise his arm. This story is really all about personal hygiene. Don’t be this guy.)

An insignificant gesture of resistance perhaps, but one that provokes a concerted Gestapo campaign to find and kill them. It’s an exciting and moral story and paints a vivid picture of Berlin and Berliners during their days of complacency and then anxiety as the war begins to turn against Germany.

It also addresses those questions like – What would I do? What could anyone do? What did anyone do?

We don’t tend to hear much about the small ordinary acts of heroic resistance by Germans to Nazism. Perhaps because it conflicts with the idea that all Germans were complict – along the lines of Hitler’s Willing Executioners by Daniel Goldhagen. Or perhaps because it undermines the defence that the masses were swept along, ignorant and innocent of the evil deeds of a few – along the lines of the film The Nasty Girl (Das schreckliche Mädchen). People did know – some acted with honour and humanity. Bit like today.

I also enjoyed RATLINES by Stuart Neville, who also wrote the ingenious Ghosts of Belfast (published as The Twelve in the UK). I’ve clearly got Nazis on the brain, because this is about Nazis and their fellow travellers who have fled defeat and holed up in the Republic of Ireland. And now someone is hunting them done and killing them. It could wreck the upcoming visit of President John F Kennedy. It’s clever, imaginative and pacey.  The author’s note at the front had me hooked:

These things are known to be true: dozens of Nazis and Axis collaborators sought refuge in Ireland following the Second World War; in 1957, Otto Skorzeny [the German paratroop leader who dramatically rescued Mussolini]  was welcomed to a country club reception by the young politician Charles Haughey; Otto Skorzeny purchased Martinstown House in Kildare in 1959; in 1963, in response to a question by Dr Noel Browne TD, the Minister for Justice Charles Haughey told the Irish parliament that Otto Skorzeny had never been resident in Ireland.

The rest is just a story.

And it’s a good story.

If you like a clever hard bitten crime story – Stuart McBride is a good bet. BIRTHDAYS FOR THE DEAD and CLOSE TO THE BONE both provide vivid characters and emotional twists. (Plot twists too, but it’s the emotional ones that get me these days.) 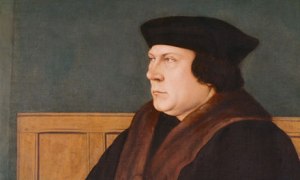 And like the world and his wife, I also read the man Booker prize-winning BRING UP THE BODIES by Hilary Mantel – in which Thomas Cromwell, advisor to King Henry VIII, takes out a contract on Anne Boleyn. You don’t cross Thomas Cromwell and get away with it. Highly recommended. But read part one first – Wolf Hall – also excellent and will enhance your enjoyment of Thomas v Anne.

But the one book I haven’t been able to finish is Roddy Doyle’s  TWO PINTS. Rambling and sharp short conversations about current events between two middle-aged working class men in a pub. They cover the Queen and Barack Obama visiting Ireland, Katie Taylor winning Olympic boxing gold for Ireland, wives, kids, news, Gadaffi secretly working as a cleaner at Dublin airport. It’s hilarious.

So why haven’t I been able to finish it? The thing is, I gave it to a sister as a Christmas present, and between her unwrapping it and starting to read it herself, I was only able to sneak it away for brief chuckles. But the first opportunity I get to steal it back, I will.

So those are your reading recommendations for today. Read anything good yourself the past week?

Filed under What I'm Reading