I invented risk. The Game of Risk that is. The strategic board game of world conquest began on my kitchen table.

But hold on with the begging letters to share in my vast royalty riches until I explain how it happened.

Back when I was wee, we had to make our own entertainment. Oh we were so poor. It was a combination of the Four Yorkshiremen and Angela’s Ashes (by Frank McCourt).

Okay okay – I’m exaggerating a little bit. In fact, it’s a barefaced lie – we were well looked after my brother and sisters and I. But the bit about inventing The Game of Risk is true. 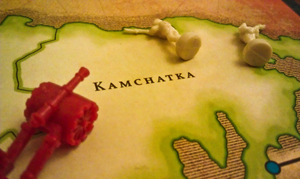 I did it by opening out some empty cereal boxes and sellotaping them together. On the blank inside sides I drew up a map of the world, divided into regions. Kamchatka – my favourite – was there of course. Madagascar was a secure deadend niche. Indonesia was the gateway to Australasia.

The soldiers, cannon and cavalry were little cut out cardboard counters rather than factory moulded plastic figurines. But hey, cut me some slack why don’t you. I was only wee.

So  – game created – we played it. And this prototype lasted for ages and worked very well.

And my creative inventive reputation was sealed.

See – I told you it was a tank. This British Centurion tank was out during Operation Motorman. So perhaps it was a tank I saw. The photo is by Eamon Melaugh – click on the pic for more of his work.

Which memories are real. Which are from stories or photographs?

Top Boy shares his first memory with me. He was running up and down the street in from of our house. Past houses, back past houses, back past houses again, then past a house with a low white wall and a blue triangular prismatic top… (the shape details are quite extensive and go on for some time, so I’ve skipped them – funnily enough he’s now a big science fan) …then he fell over and hurt his knee. What happened next? Doesn’t remember.

Mine is one of these. I don’t know which.

1. When I was five (or thereabouts) we moved house from a more troubled to a less troubled area of Belfast. I don’t remember anything before or during the journey until we turned onto the new street. It was more shaded, quieter, greener, with trees and hedges. I remember that. Nothing before. Except maybe for…

It should have been the Jungle Book. (My X-certificate first cinema visit.)

This is the nearest I could get to an image combining both Clint Eastwood and a Jungle local.

At GrannyMar‘s prompting, I submitted this story to See You At The Pictures, a documentary about film-going in Ireland. Er… Sorry Dad.

The first film I saw in a cinema should have been the Jungle Book. My Dad took me to the cinema in Ballycastle, Co. Antrim, one bright summer afternoon.

I wasn’t sure what to expect. But it wasn’t car chases, gunfire and a naked lady END_OF_DOCUMENT_TOKEN_TO_BE_REPLACED

Getting lost & Going on the lam

I used to be an expert at getting lost, making myself scarce, zipping off, disappearing, escaping their clutches and going on the lam.

My advantages were size and speed.

They were bigger and longer limbed.

But I could fit under the hedge. In fact I could speed off through the hole in the hedge without slowing.

In my pyjamas of course END_OF_DOCUMENT_TOKEN_TO_BE_REPLACED

Who was that masked man?

Is your dog ready for Hallowe'en?

Hallowe’en is coming and the goose is getting fat… That was what we sang door to door at Hallowe’en back in Belfast. Tuneful? No. A seasonal song? No. On the scrounge? Yes.

Please put a penny in the old man’s hat… At some houses my mates and I were listened to once, then other residents would be summoned to the door for a repeat of our odd performance.

If you haven’t got a penny, a pound will do… And at many doors we were END_OF_DOCUMENT_TOKEN_TO_BE_REPLACED

Filed under family history, In the village

Some people cheat. Sad, but true. 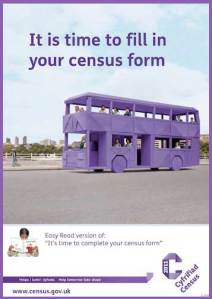 Maybe I should not have let my nine-year-old daughter fill in our census form. Looking at the form, we seem to have acquired an extra resident.

The once-every ten years trawl for information took place on Sunday night. It’s an offence not to to fill it in. It says on the front of the form. “You could face a fine if you don’t participate or if you supply false information.”

A hundred years? Sure who can wait that long? When I checked over our completed census form, I found this entry for the fifth member of our household. As the form says: Individual questions – Person 5 start here…

1. What is your name? Christy Shmib   (First I knew he had a surname.)

2. What is your sex? (I see a third box has been added and ticked.) END_OF_DOCUMENT_TOKEN_TO_BE_REPLACED

Blackwatertown
Create a free website or blog at WordPress.com.