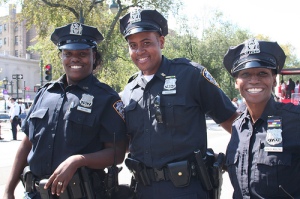 It was a grim day for first responders, but I didn't want a sad picture. So here are happy NYPD officers.

Which I haven’t done before because it seems a distasteful online version of shroud waving, unless you actually were there, like BBC journalist Stephen Evans who happened to be inside the World Trade Center when the planes struck, or you really helped, or – of course – it hit close to home – like with this young man who lost his Belfast-born father.

But somebody asked me to write something and perhaps once every ten years is acceptable. So…

There I was sitting in a radio studio in Bush House in London. I was editing a radio show called Newshour which goes out on the BBC World Service (reputed audience of 157 million END_OF_DOCUMENT_TOKEN_TO_BE_REPLACED

Blood and Gifts or Why America is in Afghanistan 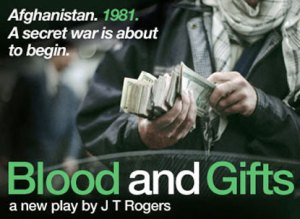 “Great men are almost always bad men.” That’s the tagline to the wonderful play, Blood and Gifts, about US involvement in Afghanistan from 1981-1991. I’ve just seen it.

That depressing opening sentence is also the missing third line from the famous and much cited quotation from Lord Acton (aka John Emerich Edward Dalberg Acton): 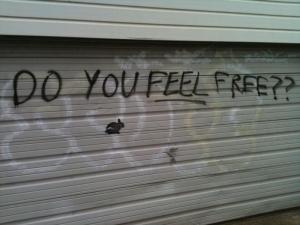 1. Do You Feel Free?? It was going to be the title of this post – but Kissing the Gator elbowed it aside. (You can find out why further down.)

How does this graffiti make you feel? Puzzled? Reflective? Called to action? Annoyed (especially if it’s your garage door)?

I saw it the other day behind some shops. It makes me think smugness. The person who sprayed it is smug. 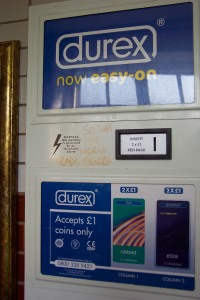 What about this next one? A step or two too far? END_OF_DOCUMENT_TOKEN_TO_BE_REPLACED