Reasons to be cheerful – Your own water powered jet pack 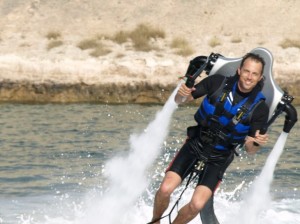 OK, so we now know that Woody Allen is a bit of a miserable bugger, but even he would be cheered up by these revelations.

That’s gotta be cool. And safer than grappling with a loaded fire hose END_OF_DOCUMENT_TOKEN_TO_BE_REPLACED

Revealed: The road to economic recovery

I hope the Federal Reserve, the Bank of England, the IMF and World Bank, and all you other financial institutions around the planet are keeping a sneaky eye on this blog. Because this could be the way out of recession. I should warn you that it involves front fastening magnetic bras. And jugs. But don’t go jumping to conclusions too quickly… END_OF_DOCUMENT_TOKEN_TO_BE_REPLACED

Can this machine make you a better person?

Some people come to look like their pets. But can your character be altered by the machines you use? END_OF_DOCUMENT_TOKEN_TO_BE_REPLACED