Ever been ripped off by a bank? Then you’ll like this. (And if you’re an Irish, British or American tax payer, you definitely have been ripped off somewhere along the line.) So click play – and enjoy…

The clip is from The Revolution Will Be Televised, a clever TV show.

As for the bankers – They don’t like it up ’em! – as the just departed Clive Dunn used to say as Corporal Jones in Dad’s Army. Who do you think you are kidding? Of course I still watch Dad’s Army. 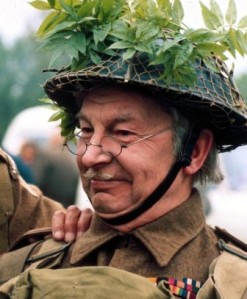 I should declare an interest. I was once a banker myself. Just a cashier. One customer sticks in my mind – Irish comedian Frank Carson.