Tag Archives: prince and the pauper

She should have married Arthur 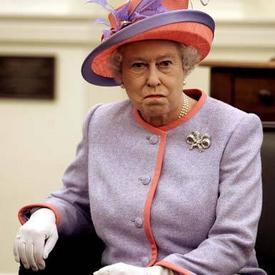 She’s just realised she should have married Arthur instead of Philip.

The Diamond Jubilee could have been so different, if only HM Queen Elizabeth II had married miners’ leader Arthur Scargill instead of Philip.

That’s the view from Daley Bread – scene of my unfortunate mistake and then my embarrassing retraction. I’ve since realised it’s a fount of wisdom about the world.

And the view from behind the sandwich counter is this:

The working class have been squeezed out of the picture. It could have been so different.

Or would it have been? Arthur Scargill and Prince Philip are not as different as you might think.