This year’s Summer Exhibition at the Royal Academy feels brighter and more vivid than before – which is reversal of the trend of me feeling that each successive year was less thrilling tan before. Perhaps it’s the less dense hanging or the rearranged route through the rooms or the prominence given to photography. Or perhaps it was the transformed mood I brought in with me. Even the architectural models seemed more accessible than before.

But not everyone is happy. Notoriously cross critic Brian Sewell has been savaging this year’s exhibition -though he found some personal bright spots. 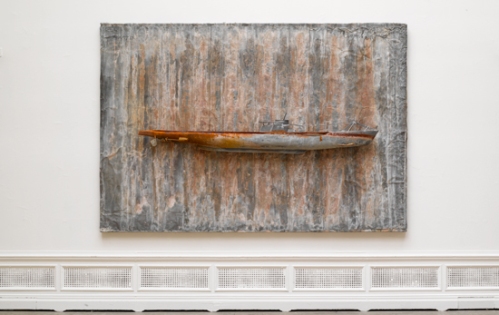 Aurora - lead - Anselm Keifer. I love it. But Brian says it's "a rare failure that could as easily have been made by a Namibian handyman or Uncle George in his garden shed.

So I’m posting his review as another little taster for Padmum. (By the way, when are you coming?)

Last week, on entering the Royal Academy’s courtyard to see its annual Summer Exhibition, I chanced upon a column of Academicians, their doxies, catamites and hangers-on END_OF_DOCUMENT_TOKEN_TO_BE_REPLACED