Is this ethical journalism? 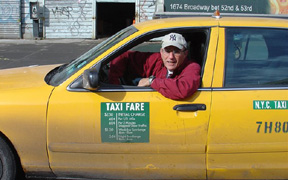 The Gabby Cabby in his New York cab.

Is this ethical journalism? END_OF_DOCUMENT_TOKEN_TO_BE_REPLACED 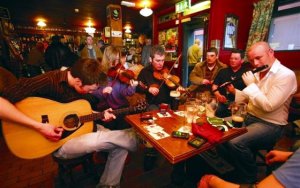 So I was drinking last thing  in Maddens bar near the centre of Belfast. I’d stolen off to my favourite nook, away from my excellent sisters and the rest of my family because… Because sometimes you just want a quiet pint. And it’s late. And everyone else is tired. And tomorrow is Christmas Eve. So you slope off alone to a cosy corner where you might fall in with this one or that one, with flutes and fiddles doodling away in the background.

No music this night. No great chat either. Marie or Mairead was next to me at the bar. She was with her friends, and looked too young to be a grandmother. But only two months to go, she told me. And she was excited. Above our heads the ceiling was taking a rare pummelling. “Set dancing,” explained the bloke on the other side of me with the four cans of Guinness in a plastic bag. Rhinos, I thought to myself.

Mairead’s friend was bemoaning the lot of women at Christmas – buy the food, cook the food, buy the presents, wrap the presents – but  determinedly independent, she declared she would never let a man to do it for her. Time for me to go. Happy Christmases from me to them and from them to me.

No cars at the first cab company. ABLE Taxis are next. Just the one car left and it’s about to leave. “Sure, squeeze in that one,” they say. “You can be dropped off on the way back.”  So I try the first back door. Oops. Not this side. The woman in there is not moving over, I thought. Wedged pretty tight already. The bloke at the other side shifted into the middle. Snugly packed, we set off west from the city centre on a cold and snowy night. Two in the front, three in the back.

OK, OK, this is not the Falls Rd mural. This take on CHE is by grafitti artist DOLK. His website is http://www.thegiant.org/wiki/index.php/Dolk You might also want to check out Jim Fitzpatrick http://www.jimfitzpatrick.ie/ who created the iconic Che poster (featured on the T-shirt) from Alberto Korda's original photo.

Up Divis Street, the Lower Falls, past the murals – there’s Che Guevara. (He was behind the bar too, under the Hunger Strike commemmorative hurley stick.) On up the road, past the Falls Baths, Jobs & Benefits, the Falls Library, Bobby Sands and his “Everyone has a role to play in the struggle…” Past Cavendish, which always looks odd to me now without the high walls of the barracks blocking out the light.

The woman in the back is from Sydney, Australia. But she doesn’t know Doyle’s chipper on Circular Quay. The driver has been telling us about his visit there. “Great chips,” he says. “it was set up by an Irish man.” She and the bloke in the middle exchange complicit smiles at the driver’s attempts at familiarity.

First stop just past the top of Broadway. She gets out her door. I offer to let her bloke out my door. Oh, I have it wrong. They’re not together at all. He’s with the bloke in the front passenger seat.

Aussie lady is now on the footpath handing cash through the passenger window. The radio crackles. We hear the cab controller back at base reveal that the Aussie lady’s friend has lost her purse. Would the Aussie lady have it? She does. And when she hears that her purseless friend is now at the depot, she offers to pay her fare for her in advance. Back and forth over the crackling connection goes the consideration of this offer. In the end she hands over the whole purse to our driver, to pass to her friend when he gets back to the depot after dropping off his last passenger. 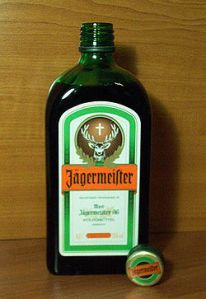 Or, to put it another way, she hands over her friend’s cash and cards to a nameless man she’s never seen before. Crazy? Naive? I can’t imagine it happening where I live now. But on this Belfast journey it seems the natural thing to do.  Is life so different here? Or maybe, to quote a different wobbly woman overheard earlier in the evening: “It must be the Jagermeisters kicking in.” I go for the first explanation.

Off we go again. I apologise to the bloke beside me in the back for assuming he was with the Australian. “No problem,” says he.  We pass St Kevins. The school looks different from the last time I was here. Up the Glen Road. The shops at Gransha look different too. And it’s very quiet. No people out walking in the cold.

We’re nearly at Coolnasilla. The bloke beside me is gathering his cash to pass forward to his friend. He refuses to accept it. They argue back and forth. Back Seat finally wins by revealing that he actually owes Front Seat a pint for drinking one of his, and that another time he had not bought a round as Front Seat had thought. Front Seat admits he was too drunk to notice and doesn’t remember any of this. But it’s as if Back Seat has been storing up these personal failings so as to be able to use them against himself on just such an occasion as this. So his honesty prevails and Front Seat accepts the contribution towards the cab fare.

Stop number two. Too icy to turn off into Coolnasilla, so Back Seat wishes us all a Happy Christmas and gets out to walk the rest of the way home.

We’re on higher ground now, and getting higher still as we drive further out of the city to Poleglass. It’s whiter, colder, frostier, icier. Too icy to leave the main road. “Bit too Christmasy,” says the driver.  “I’ll walk from here,” says Front Seat, handing over his own and Back Seat’s contribution.

Now the long descent back into Belfast. I move into the front passenger seat. The driver is Jim. More crackles from the radio. “They want me to hand over the purse to another driver to get it to her,” says Jim. “No way. It’ll stay in my glove box till I get back to the depot.” He apologises for the long detour I’ve been on. “No,” I say, “I’ve enjoyed it.” We laugh about the whole purse business.

“I could tell you some stories,” he says. “I used to be a bus driver. I’ve been hijacked, bus burned out, you name it.”

He tells me his daughter lives abroad. She was once interviewed over the telephone by George Jones on Radio Ulster. They had a long conversation about the humming bees of Costa Rica. Or was it birds? Jim tells me he’s not long off retirement.

Last stop. I pay for the trip out west and back. “Ah, no son. You’ve given me a tenner,” says he. “That’s only five pounds.”

“Purses, passengers, drivers…” I think to myself. “Is everyone so honest here?”

Or maybe it’s just the Jagermeisters kicking in.

La Boca - Belfast's only Argentinian restaurant. It's in Fountain Street. This is the website http://www.labocabelfast.com/index.html I added this because the food is great and so is the proprietor, Pedro. Good music, beer and atmosphere too. (You might even see yet another pic of that famous son of Galway tucked away here too. One of the Lynchs. Ernesto Guevara Lynch de la Serna. Yup, he gets everywhere.)

Filed under life, My Writing