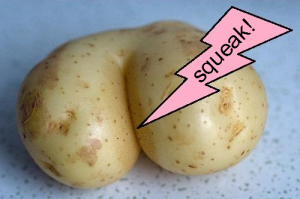 Squeaky bum time – it’s not rude – it’s a potato for goodness sake. It’s saying, please download The Spirit of Christmas by Fynnjan. You’d better do it. That spud has got its eye on you. Geddit?

You know the 11-year-old boy with Aspergers called Fynnjan that I’ve been helping – and you’ve kindly been supporting – and his song The Spirit of Christmas for autism charities? (The National Autistic Society and Nordoff Robbins music therapy.) Well – tomorrow/Sunday – is UK Top 40 day. If enough people have downloaded the song from iTunes and HMVdigital.com, then we’ll get into the Top 40 and thereby attract media and public attention and radio play. That platform will be a huge boost towards the Christmas no1 spot and a fantastic news peg. So all the hard work and support has been working towards that point.

If it doesn’t get into the Top 40 tomorrow, then we’re probably stuffed. Stuffed being a euphemism. So it’s squeaky bum time (as ex Man Utd boss Alex Ferguson used to say). 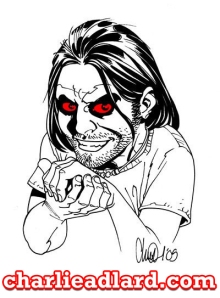 Charlie Adlard unleashes The Walking Dead in support of Fynnjan.

Against us are ranged money, money and money. And the Xfactor. And Beyonce’s surprise release. And retreads with cover versions. And paid-for front cover advertising. And the corporate machines.

But FOR US – a genuine good story, a small boy’s courage, a tiny band of dreamers and… AND ZOMBIE MAN!!!

Charlie Adlard is the artist for The Walking Dead. He’s ace. He’s drawing a one-off piece of artwork in his inimitable style. There’ll only be three copies. You – or any other fan of his work – can get it for free by downloading Fynnjan‘s song The Spirit of Christmas from iTunes or HMVdigital or via www.fynnjan.com Very cool! 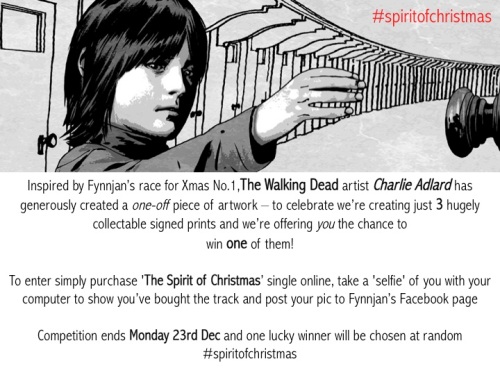 The artwork is a series of frames depicting Fynnjan’s interpretation of what Aspergers and other mental health issues are like for those that have them.

According to Fynnjan, life has three rooms. Most people are born into the second room. They go through the door into the third room to reach their potential. Children with Aspergers and autism are born into the first room. they don’t know that there are any other rooms. They don’t know there’s even a door. But with the right support, they can find the door and catch up and then work towards realising their own potential just like everyone else. He received great support from special educational needs staff at primary school. He knows he was lucky. He wants the same for other children.

This post is not a plea to get behind Fynnjan or to support him. Because many of you have done so already – with posts of your own, sharing, comments, downloads of the song too, and even donations to the charities. It’s been moving and humbling. I want to thank you properly, but I don’t have time just now. Because it’s squeaky bum time.

Let’s make a movie together! (Guess what? It’s a musical. No zombies.) 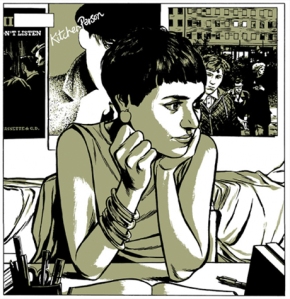 You, me and Harvey Weinstein. We can be film producers. It’ll be great.

We’ll leave the boring old blockbusters to Harve. You and me – we’ll concentrate on something smaller and perfectly formed like this emerging jewel called God Help The Girl.

It’s the brainchild of Stuart Murdoch of the Scottish band Belle and Sebastian. (Some of you may remember the children’s TV programme of almost the same name. The band got a kicking from Jack Black in High Fidelity, but then again, he was going mad for Katrina and the Waves.)

So Stuart has got together with a proper Hollywood producer called Barry Mendel (Sixth Sense, Bridesmaids, etc) to make a film of a summer of music and love in Glasgow based round an album of songs.  The hero is a girl being treated for annorexia, who discovers a talent for writing songs and teams up with a brother and sister she meets while on the bunk from her treatment centre.

The video gives a look behind the scenes – and the singers. Aaah…

Which is where we come in. The producers. Also known as – the funders. Or as I like to think of it – executive producers.

The film is being funded through a crowdsourcing website. It works like this: You describe your creative project on the site – in this case, www.kickstarter.com and set a cash target. Thousands of people donate a wee bit of money. If you reach your target, you get the cash to spend on the project. If you don’t make it, the money is returned to the donors.

But why would any sane person donate?

The beautiful voices belong to END_OF_DOCUMENT_TOKEN_TO_BE_REPLACED 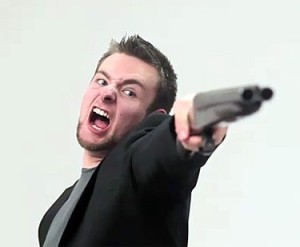 With tuition fees rocketing, universities need to offer something special to attract prospective students.
.
If you dig dinosaurs, pride yourself on pyromania or wish for close encounters with the walking dead – then the Zombie University of Lincoln is definitely for you. Just make sure you’re prepared.
.