Step away from the computer...

This is why the internet is NSFW.

Research from Swinburne University in Melbourne, Australia has found that the average worker will spend up to an hour a day browsing the web for personal reasons – but says employers shouldn’t be worried.

It’s not the employers I’m worried about.

So the worry for employers would be that no one is doing any work because they’re all skiving off on twitter or facebook.

However, the Melbourne study says workers tend to browse these sites for as few as 10 seconds at a time, to break up work tasks and have a short break. And, that companies should not be worried because many of these activities were replacing, rather than supplementing, other forms of workplace socialising.

According to lead researcher Dr Rajesh Vasa: “This behaviour has migrated to an online medium. It hasn’t changed the behaviour substantially; it’s the same behaviour – just online.”

So it’s not that staff are skiving off more – just differently. 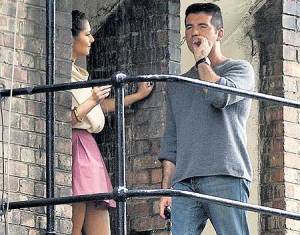 Instead of nipping off for girly chats in the toilets, spurious trips to the shops, sneaky cigarettes on the fire escape or one of those mythical conversations round a water cooler – people are remaining glued to their seats, plugged in to their work stations, staring zombie-like at their screens without respite or real human interaction.

This is terrible. This is why the internet may be Not Safe For Work for the workers, not the bosses.

(Thanks to The Vecci blog for the pointer.)