Editing live TV or radio is about knowing when and how to shut people up.

Here’s an extreme example from the Olympics basketball.

BBC commentator Mike Carlson gets cross after being clobbered END_OF_DOCUMENT_TOKEN_TO_BE_REPLACED 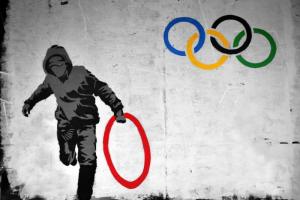 Not sure who’s behind this graffiti – Criminal Chalklist or Maximilian Holden Perchik.

The Olympics has seeped its way deep into my day.

ME: Hello, It’s HH from blah-de-blah.

ME: Oh wait, Tom Daley and the other guy are about to dive.

THEM: Yeah, we’re watching too.

ME: Hmm, not sure. (Or other learned judgement.)

THEM: I think little baldy went too soon. Anyway… END_OF_DOCUMENT_TOKEN_TO_BE_REPLACED 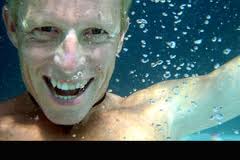 No – I’m not talking about looking after that island off the Queensland coast. According to the bloke who won the competition to do it, it wasn’t as much fun as he’d expected. It tired him out. Too much blogging too.

And it’s not this massage man either.  As he says himself, he doesn’t even get to belong to a trade union and he has to work all hours.  (Question: Should I have embedded the video in this post? Or is it too saucy? Or just funny? Let me know. Really.  I have to keep tabs on my Charlotte Rampling rating.)

He longs for his own little desk. And no wonder. He must have heard of this person. The person I met last week. The person who really does have the best job in the world.

He – or she – works in a British government department of diminishing importance with nobody you’ve ever heard of in charge. Best not say exactly which one. It’s somewhere round END_OF_DOCUMENT_TOKEN_TO_BE_REPLACED 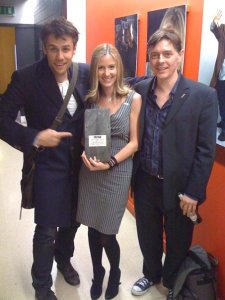